We are continuously working to maintain and improve the water system.  Some of the major projects we are currently working on involve the installation of new, or the replacement of existing, equipment and facilities needed to provide safe, reliable water service. 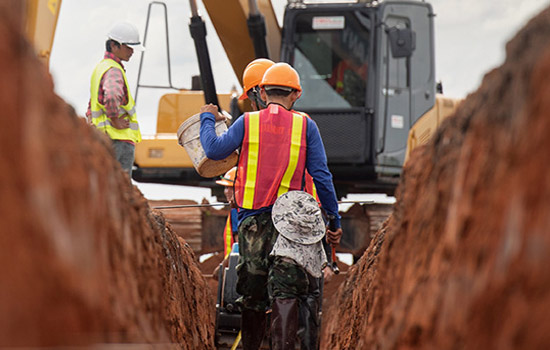 Well 22 is a bedrock well located in Hampton.  Pumping tests show that it has a production capacity of more than 800 gallons per minutes (more than 1 million gallons per day).

Installation of a pump and pipes connecting it to the distribution system have been completed. 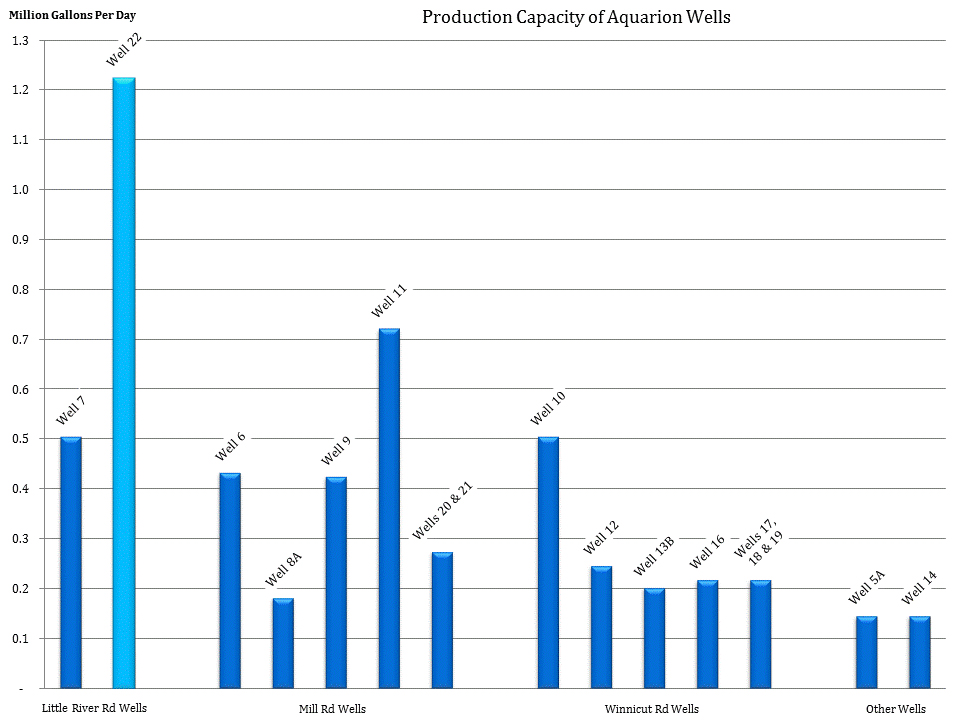 The permit application was submitted to DES on April 26, a final permit is expected in December.

A permit is expected from NH DES in December.

The purpose of the pumping test was to determine the production capacity of the new well; identify any adverse impacts on neighboring wells, wetlands and surface waters; and collect water quality data to assess potential treatment. The full 494 page report can be viewed here.  A few specific references are cited below.

The pumping test was conducted between June 20 and July 17, 2018 at an average pump rate of 825 gallons per minute, or 1.2 million gallons per day.  Water level in Well 22 dropped to 177 feet below ground level during the pumping test, and remained above the level of the water bearing fracture (220 feet below ground level) for the duration of the test (see page 151 of the report).

During the pumping test, water levels were monitored in two dozen private wells in the area (see Figure 6 on page 65).  The “Cone of Depression” (where water levels changed in response to the pumping test) is actually an oblong zone that clearly aligns with the underground bedrock fracture, running northeast to southwest roughly parallel to Woodland Road.  Drawdown levels ranged between 10 to 30 feet in this zone.  None of these changes were determined to be an adverse impact, as the levels remained high above the depths of existing well pumps.  Other wells outside of this zone showed no changes during the pumping test.

Other water quality results show few parameters of concern.  Most regulated contaminants were not detected (Table 8 on page 56), except for trace levels of a few regulated minerals that commonly occur in groundwater.  Of particular note, water from Well 22 is “softer” than other wells, meaning it has lower total concentration of natural minerals.  Lower mineral concentrations are beneficial because it reduces the amount of soap used for cleaning, and causes less spotting on glassware.

Arsenic levels are about the same as maximum regulatory levels, and so may require removal.  More arsenic data is being collected and, if necessary, treatment will be incorporated into the new facility being designed for Wells 7 and 22 (see Little River Water Treatment Plant).

Trace levels of some PFAS compounds were also observed and are comparable to levels in the company’s other bedrock wells.  They currently are well below proposed regulatory levels for PFAS, so no treatment is being considered at this time.