Congratulations to our 2019 winners! 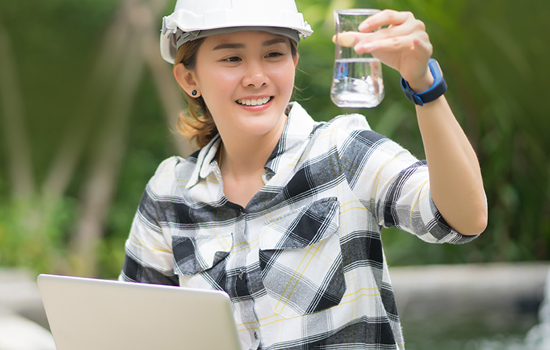 PSEG is now working on a project that will transform the way Greater Bridgeport gets its electric power.

PSEG’s new Bridgeport Harbor Station will deliver 485 megawatts of clean, highly efficient and sustainable generating capacity, enough to power 500,000 homes and businesses. The new plant will operate at double the efficiency of the current, coal-fired plant, which is scheduled to be retired two years from now.

Unlike its predecessor plant, Bridgeport Harbor Station won’t discharge chemical pollutants and heated water from power generation into Bridgeport harbor, improving the immediate marine environment and Long Island Sound as a whole. Natural gas will power its turbines, and heat from the exhaust will be captured and used to drive steam turbines.

The new station will also boast a top-of-the-line air quality emission control system, substantially reducing air emissions in our area. Despite its robust power generation capacity, Bridgeport Harbor Station will occupy only 11 acres – a quarter of the footprint of the current plant, further reducing impacts on local wetlands and open waters.

PSEG is also demonstrating its commitment to our area’s social environment. It donated a million dollars to Bridgeport Hospital’s burn unit, and two million dollars to back community environmental causes. And it helped support the Discovery Museum and Planetarium’s recent Climate Week event, contributing speakers and their expertise to raise awareness about the reality of climate change and its impacts on humanity and our planet itself. 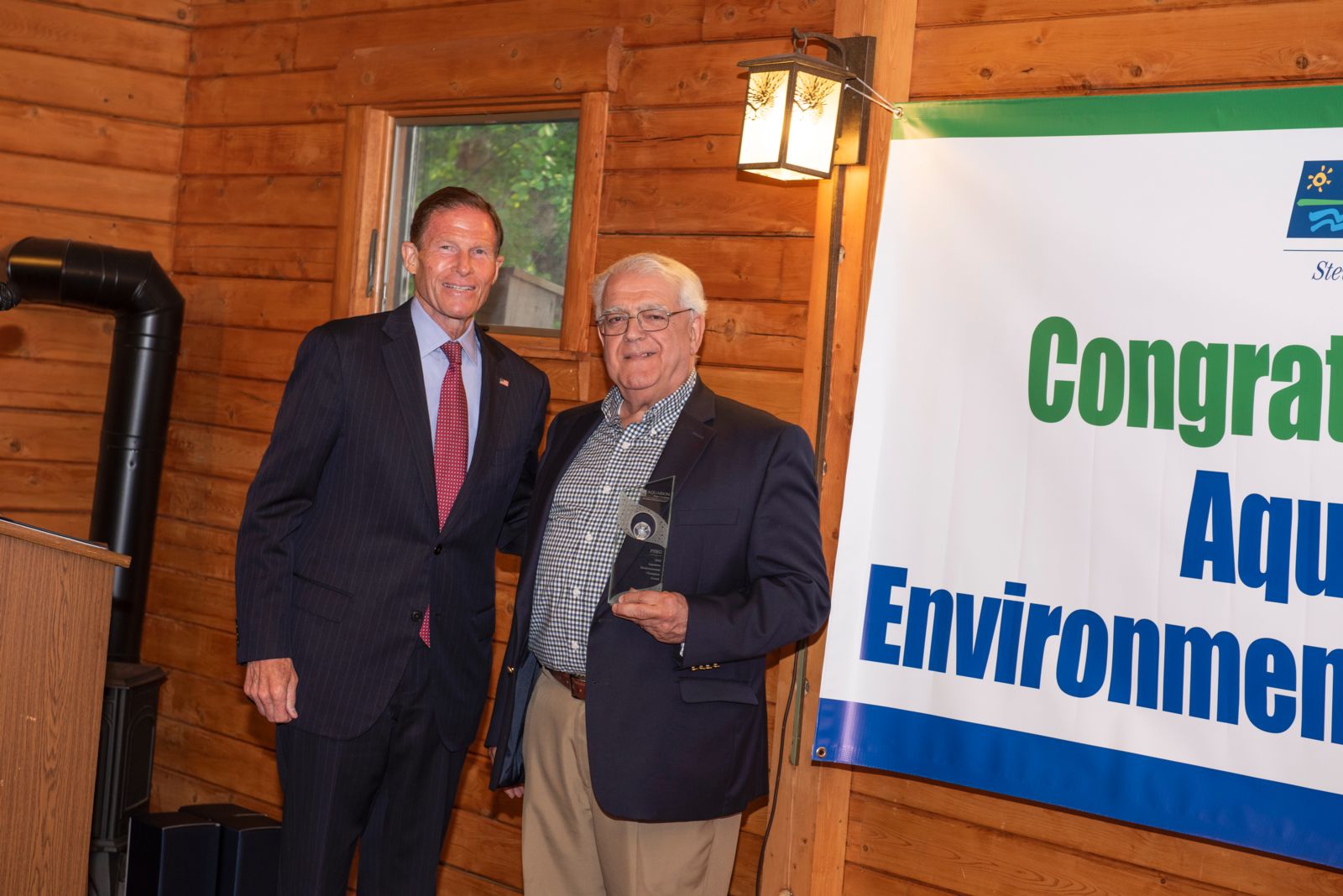 The Trust for Public Land is a nationwide non-profit organization founded in 1972 and dedicated to creating parks and protecting land to ensure healthy, livable communities for generations to come.

Here in Connecticut, the Trust has protected 7,500 acres of open spaces, watershed lands, parks, and working farms and forests. It partners with towns, agencies, land trusts and other organizations to preserve our state’s most cherished places. Just a few examples include:

Founded in 2008, the magazine is published at the Yale School of Forestry & Environmental Studies. It features original articles by scientists, journalists, environmentalists, academics, policy makers, and business people, as well as multimedia content and a daily digest of major environmental news.

Over the last 11 years, Yale Environment 360 has posted more than 1200 original feature articles on a range of environmental issues. These include climate change, water quality, conservation, wildlife, sustainable cities, food and agriculture, and oceans – issues that affect not only communities in Connecticut but also across the country and around the world.

Thanks to the quality and topicality of its reporting and reflection, Yale Environment 360 has emerged as a highly respected and influential international publication. Last year it attracted six million visits to it website, with 40 percent of them coming from outside the United States.

The site has also earned 113,000 followers on Twitter and 74,000 on Facebook. It has formal partnerships with PBS NewsHour and Climate Desk, a journalistic collaboration between 18 national news outlets.

For all of this, Yale Environment 360 has received an array of prestigious awards and honors. These include a National Magazine Award, three Online Journalism Awards, and multiple Webby awards. It has even earned an Oscar nomination, for a video it co-produced about Chinese villagers fighting pollution caused by a local chemical plant.

Dr. Wagener is a Biology Professor at Western Connecticut State University, having earned his doctorate in soil ecology from the University of Alaska at Fairbanks. It’s a privilege for Aquarion to be giving one of this year’s awards to an educator do deeply committed to helping students, faculty and the public at large grasp the reality and consequences of climate change.

Dr. Wagener has poured large amounts of time and energy into creating and coordinating a set of talks, presentations, workshops and briefings on the topic of climate change. And those events aren’t only for students at the University. He has reached out well beyond the school to community leaders and the general public, developing what has become a highly popular, annual seminar series that is free and open to the public. In addition, he has conducted numerous outreach activities to organizations and governmental leaders throughout Connecticut.

To accomplish this, Dr. Wagener recruited many other members of the University community, including students and faculty from his department, as well as others, among them members of the departments of History, Sociology, Economics, Meteorology and Psychology. He also brought students and faculty from nearby Danbury High School into the process to take part in these educational efforts.

As Dr. Wagener’s department chair stated on the nomination form, “His efforts not only contributed significantly to educating the public about one of the most important environmental issues of our time, they also engaged and trained many students to communicate to the public the wide range of consequences associated with climate change.” 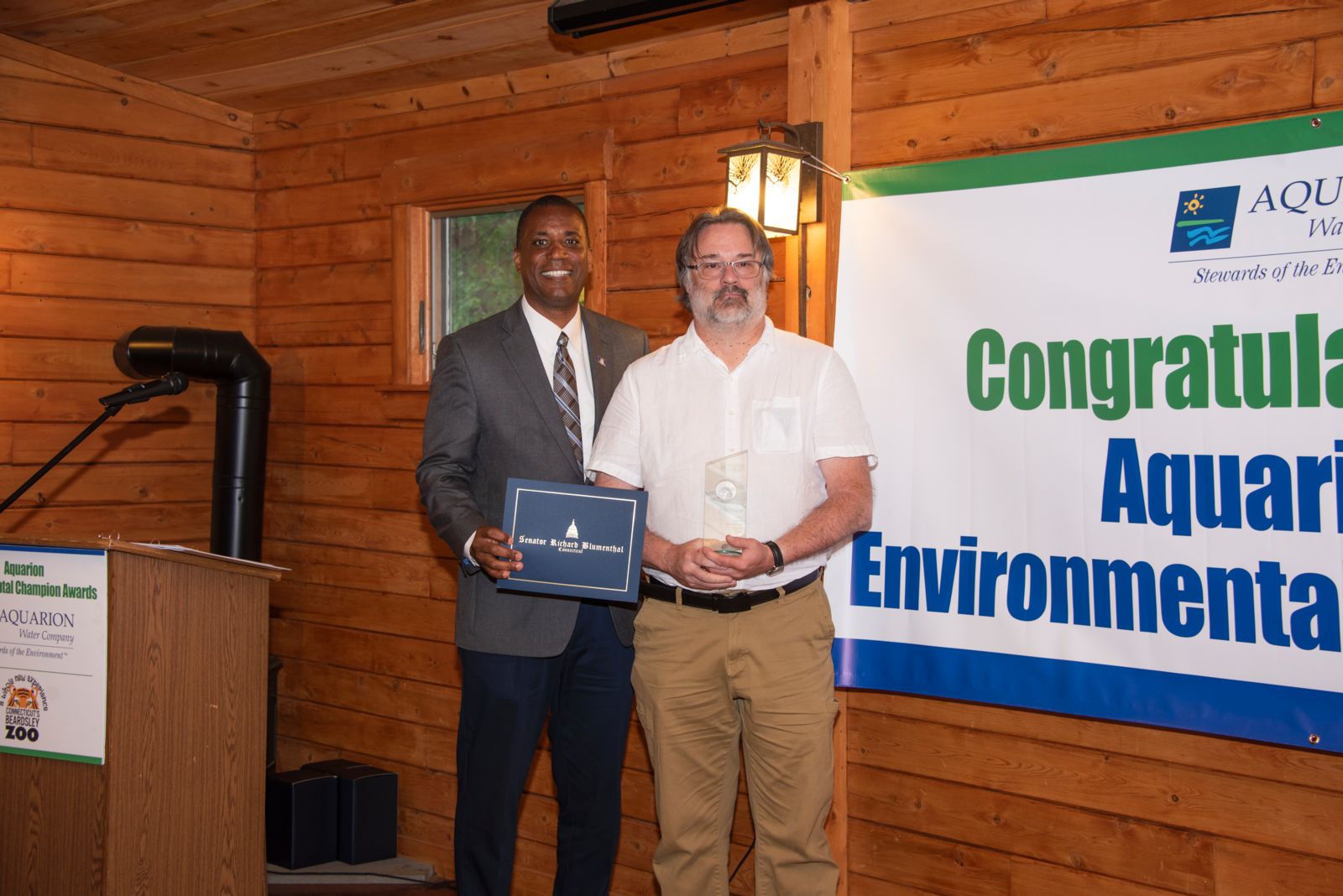 In 2017, Mary began developing a sustainability plan for her town of Fairfield, Connecticut, working with a group called the Sustainable Fairfield Task Force. That not only led to Fairfield receiving the highest possible accreditation by the statewide Sustainability Connecticut organization. It also prompted Mary to co-found Sustainable Fairfield County, a multi-town organization through which communities help each other reduce their environmental impacts in affordable, far-reaching ways.

Mary also organized Connecticut’s largest-ever showcase of electric cars, bikes, boats and motorcycles. It was a huge success, opening the eyes of its many visitors to the impacts of their transportation choices and the range of options they have.

Mary hasn’t stopped there. She serves as the Environmental Advocate for the Mill River Wetland Committee’s Board of Directors, helping expand public outreach and advocacy. Her other volunteer work includes co-chairing the FairPlan – Fairfielders Protecting Land and Neighborhoods – plus the Fairfield Forestry Committee, and the Connecticut League of Conservation Voters.

Somehow, Mary has also found time to become a Master Gardener, Naturalist and Composter. Given her long string of accomplishments, it won’t surprise you that she’s also earned certification in Project Management. 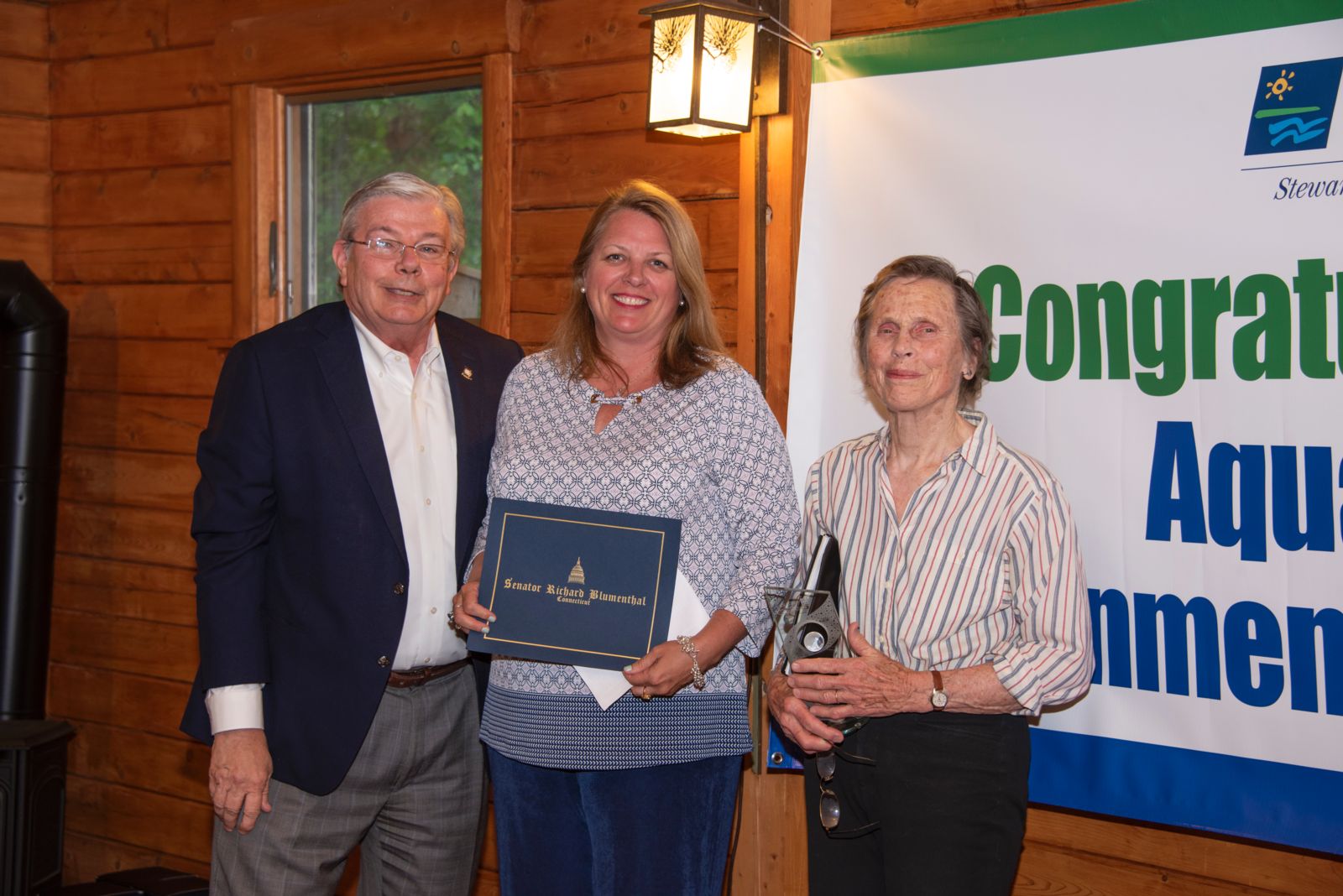 A while back, Raina Jain got a bee in her bonnet – about bees. She learned how bees serve as a vital link in our food chain and modern economy. And it is vital: bees provide needed pollination to over 80 percent of our crops and over 90 percent of wild plants.

But bees are in trouble, and from a complex, and interrelated mix of causes. In the U.S., the varroa mite has wiped out an estimated one-third of our honeybee colonies, in part by widespread pesticide use reducing the bees’ resistance to mite infestations.

Researching the problem, Raina learned that mites get into beehives by hitching rides on their residents. So she developed a special entrance for hives that stops many of the mites at the door.

To get inside, bees pass through small holes, the sides of which are precisely impregnated with just enough of a natural pesticide called thymol to kill the mites but not harm the bees. Vapor from the thymol also keeps at safe levels the numbers of any remaining mites in the hive.

Raina’s invention has caught the interest of beekeepers and farmers across the U.S., and she’s now getting feedback from them that she’ll use to make further improvements. She’s already qualified to compete at several prestigious science fairs – and, of course, to receive Aquarion’s 2019 Environmental Champion Award. 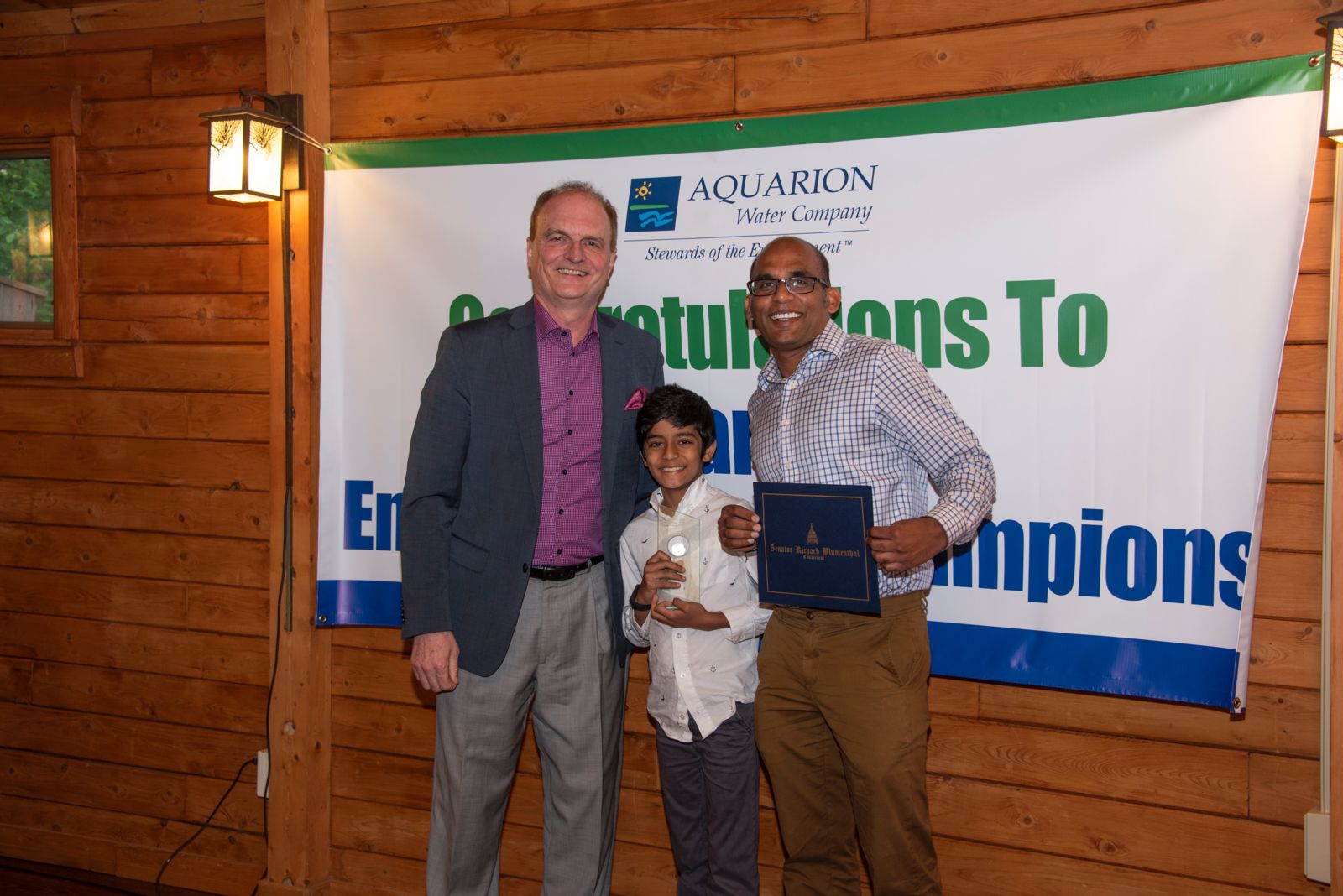